The HMCS Bonaventure is diverted from it’s mission and sent to rescue the survivors of an abandoned enemy colony.

The already delicate situation takes a disastrous turn when the remnants of an alien civilization are discovered near the abandoned colony, and an ancient intelligence is awakened, threatening the Bonaventure crew, the colonists, and humanity itself. 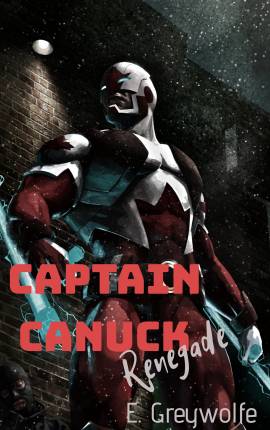 Captain Canuck is on the run, chased by the most dangerous hunters in the world, his former Equilibrium teammates.

Accused of attempting to assassinate the US President, Captain Canuck must prove his innocence before the situation devolves into a full-scale US invasion of The Great White North.