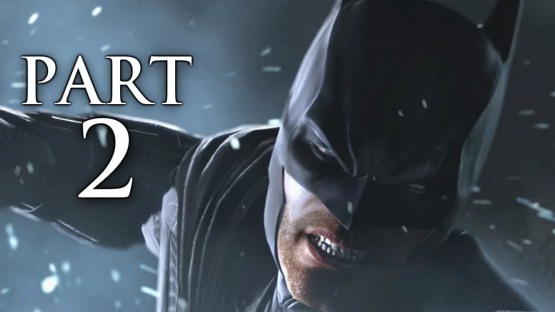 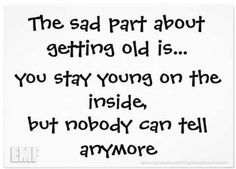 I left off the last part of this post with a mention of my impending 50th birthday, and how it was causing me some anxiety.

I tried not to dwell on it, but it loomed large in my mind. As you’re probably aware, I’ve had a few health issues I’ve been dealing with for the past couple of years, and it seemed that the closer I got to 50, the more it seemed I was falling apart. Despite my efforts, my health is not quite where I’d like it to be, and though I’m still working on it, I’m afraid it’s still going to be a while before it gets much better, if at all.

Also, 50 was the age when my Dad had his heart attack, and he was never the same after that.

He had always been a relatively active person, I’d even say young for his age, up until that day when he had to call me at work, asking me to pick him up and take him to emergency because he was having chest pains.

He came out of his recovery looking much older to me. The change was almost instant. His hair turned from a dignified salt and pepper to a dull, thinned grey. The lines on his face grew deeper, his hands looked dry and worn, and he walked slower, with a tired-looking hunch.

He stopped taking chances. He stopped living as much.

My mind had lately been preoccupied with how much I was like my Dad going into my fifties, already having health issues I have to keep an eye on. Besides all of the regular melancholy that seems to accompany birthdays as the numbers grow higher, especially those decade-turning ones, I had the additional worry of wondering if my father’s fate was also in store for me.

My Dad ended up living another 21 years after his heart attack, not nearly long enough to properly enjoy his retirement and much too soon for us all. His health issues caught up with him, and his end was neither comfortable or peaceful. My impending birthday made me worry that I was on the same track.

Even now, the comparison with my dad still causes me a bit of anxiety.

Something else that was weighing very heavily on my mind was the“community” events that I‘m involved with. Those of you that have been following along know that for many years now, I’ve been organizing social and educational events for a group of people with a specific, common interest. Think something like a medieval re-enactment society, but not.

Over the last year, I’d been slowly backing away from that, doing fewer and fewer events, and off-loading responsibilities for certain functions to others. By the end of last year, I had only one regularly scheduled, monthly event left that I was directly responsible for, a social gathering intended to be the linchpin of the “community” – a sort of dinner/drinks, social and networking meet and greet, held at the same time and place every month.

I had been hosting this event since 2009, and January’s meet-up would mark its 11th Anniversary. For the past year or so, going to this monthly get-together was causing me a bit of anxiety. I still enjoyed attending, seeing good friends and meeting new people, but more often than not, I found I had less patience for the “problem” people that I occasionally had to deal with.

I don’t know if it’s because I’m getting more jaded as I get older, or if it’s because hosting this event for so long has just burnt me out, but I was beginning to worry that sooner or later I would end up doing something stupid, like telling people the truth about how I felt about them, or actually giving a few people what the deserve – a good, solid punch in the face.

I was finding that I was less and less able to deal with the few narcissistic, petty, petulant or/and disingenuous people that I occasionally was confronted with.

So, I thought it best, for myself mainly but for the group as well, if I just backed away completely, and handed off organizing that event to someone else. I made the decision a few months ago, but I didn’t tell anyone until the week before the Anniversary meet-up, and then only the two people I had asked to take over for me. I didn’t even let my wife and best friend know, so no one was expecting my announcement when the night of the meet-up came.

Everyone was extremely nice after I dropped that particular bomb, quite a few thanking me afterward for all I had done for the community over the years and re-counting good times they had at my various events over the years. I was told often that I would be missed, which was nice to hear.

I’ve only heard of two negative comments made celebrating my departure, and while I’m sure that there were a few more, I know that they didn’t come from anyone worth my attention. I made the decision with mixed feelings, as I did really enjoy organizing that event, and it had been a big part of my life for so long, but I do think I made the right decision.

They’ve since had the first meet-up organized by my replacements. I didn’t attend, but I hear it went well. The evening passed uneventfully for me, without any F.O.M.O. on my part, which has confirmed for me that I did the right thing. I’ve decided to take some time away from the community, for the most part, give myself some space from that event and the people who attend. I’ll eventually wade back in, but for now, I think this situation is best for me.

I was feeling pretty good about that decision a few days later when my actual 50th birthday came around. I had debated throwing a party, but in the end, I just wasn’t feeling a big celebration for something that I wasn’t looking forward to, so I decided to keep it a bit low key and do something fun for myself.

With all of that weighing on my mind, however, I found it very difficult to stay motivated to do anything else. The greenhouse project languished (still does), as did other projects around the house. I did do a little work on converting one half of our Hot Tub Room into a Movie Theatre, but even that I did with less enthusiasm than I normally would pour into a new project.

For the reasons above, coupled with another reason I’ll discuss in a later post, I felt adrift, and very unsure of what to do with myself. I was struggling between the person I thought I was with the person I now imagined I was “supposed to be” now that I was older. I had this voice whispering in my ear that it was way past time to “grow up”, and I really feared that voice was right.