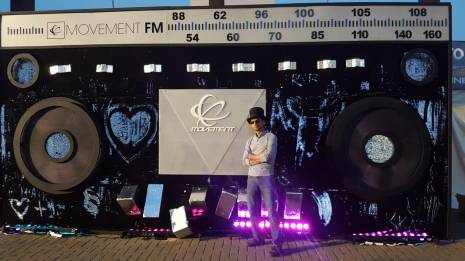 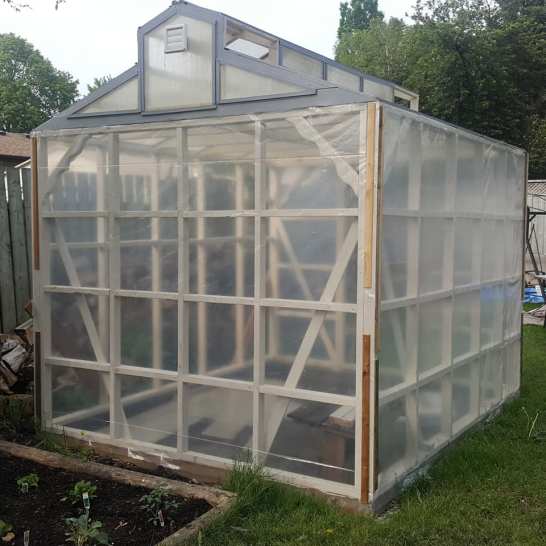 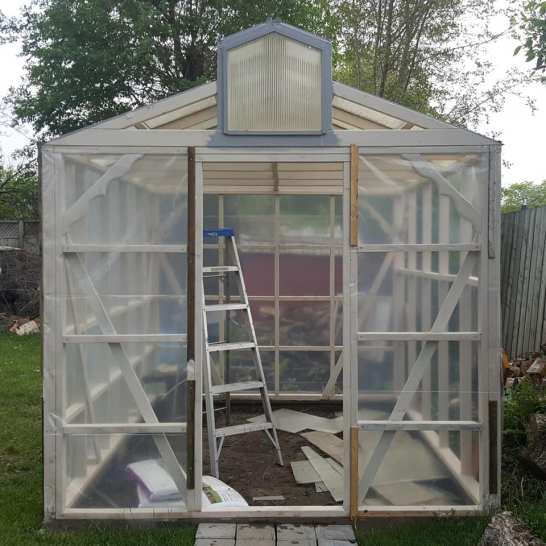 Alright, a bit late, but still… time for another blog post.

Progress on the novel isn’t going as quickly as I would like. I spent a lot of time this past week working on my greenhouse and trying to zen out, and I had Movement all of Saturday, (and then Movement Recovery all of Sunday, lol), so I haven’t had a lot of time to dedicate to the writing.
The greenhouse is coming along nicely, and I hope to have it finished and to start planting inside it within the next few weeks. Then I can get back to finishing the kitchen cabinets.
The roof is almost finished, and there’s only one wall left to seal in. Once all of that’s done I can work on laying out the interior and bringing in dirt and plants.
I will still have to do some work pretty-ing up the exterior, but I can take my time on that. I’m hoping to be able to start using it after this coming weekend.
Movement was a great time. I saw some great acts that I was unfamiliar with, and the people watching was fantastic. My EDM Friend and I also partook in a little recreational pharmaceutical fun, which added to the experience. 😉
The highlights from the day for me were Octave One and Tinman. Orbital, the main headliner for the day, were ok.
The weather held out for the most part, though we did get a short but strong afternoon thunderstorm and had to hide out in the underground while it passed.
The people watching was fantastic as usual. These types of events can sure bring out some characters. 😉
I spent most of Sunday napping and recovering from Movement after I got back from visiting my mom out in the county.
On Tuesday, I attended the writer’s critiquing group I belong to. I didn’t submit anything this time out, as I’d like to put in some more work polishing my next submission a bit. I am learning a lot from the group, even by just listening to the comments and suggestions the group offers on other people’s submissions. I think it’s helping me to apply those suggestions and corrections to my own work.
I’m hoping to submit for the next meeting in two weeks.
I don’t have any events I have to organize for the next couple of weeks, and nothing else pressing is on the horizon for a little while, which is nice. I can spend the next couple of weeks working on projects around the house that have been languishing while I’ve been occupied with my obsessive greenhouse building.
As far as the writing goes, it’s going slowly, but still moving along. I figure I’m about a quarter of the way through the climax at this point. I’m not sure when I’ll have it finished, but the tiny light at the end of the tunnel does seem a bit brighter lately.
I’m going to try to pick up the pace on my writing output for the next couple of weeks, since I don’t have any events to worry about, though if the weather continues to work for me, I may be tempted to keep working on outdoor projects rather than sitting at my desk in my office.
Since my last post, I’ve written about another 3000 words.
It’s not nearly the output I was reaching a few months ago, which is frustrating as I’m anxious to finish this project, but things seem to slow down the closer I get to the end.
I’m going to try to push through and get this draft finished before June is over.
The word count for the draft so far sits at 194,789.
Well, that’s it for me this week. I hope you’re all well.
Novel Word Count – 194,789
#NaNoWriMo
#ROW80