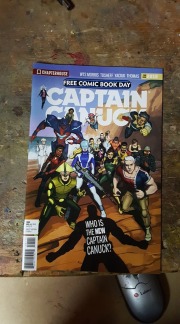 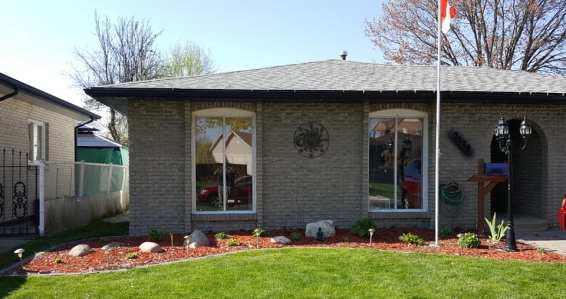 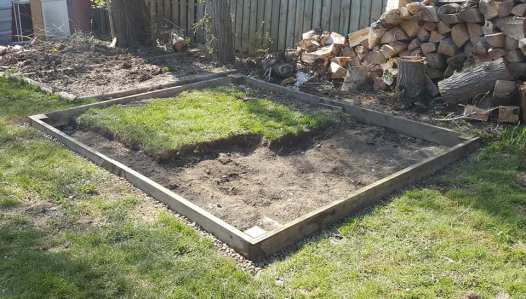 It’s been a busy week, but thankfully a rather relaxing one, to tell the truth.

The week was rainy for the most part, so I ended up hermiting quite a bit. I did get caught up on my writing until the weekend came along, but I have to admit I didn’t get a lot done during the week itself.

The kitchen cabinet door and drawer front I’ve been working on are still unfinished, though it won’t take long to get that out of the way. I did manage to get back to my exercise routine, so at least I’ve got that going for me.

Friday evening we met up with some friends for drinks and conversation. We had a really good time re-connecting we people we hadn’t seen in a while.

Saturday was May the Fourth, which was uniquely strange for me. I had originally scheduled a couple of events that I’ve tried been trying to make a semi-annual occurrence, but due to an issue with the venue I had booked, I had to cancel both of them.

I could have moved the events to another venue, but given that I was having a few health issues, and, to be truthful, I was a bit burnt out, I decided to just cancel them, and possibly reschedule them for a later date.

I was really looking forward to the events, so it was difficult to make the decision to cancel. So, coming up on this past Saturday, I had anticipated that I’d be rather depressed about the whole thing and wouldn’t have a very good weekend because of it.

Oddly, I had a pretty good weekend, despite the unfortunate event cancellations.
I spent pretty much all of the weekend outdoors. A local horticultural society holds a plant sale every year on the first weekend in May, so we went and got quite a few nice perennials for our front garden. If they take, it should make the front of the house very pretty in the coming years.

There was, of course, a new issue of my favourite comic, Captain Canuck, which I had to have, so after attending the plant sale it was off to the Comic Shop.

I also decided to take on yet another project, because I’m not busy enough as it is. For the last twenty odd years of my dad’s life, he spent a good deal of time building and perfecting a rather large greenhouse in his back yard. The attempt was laughable at first, he really had no clue as to how to go about building such a thing, but over the years he tweaked and rebuilt and turned a running joke into a very nice set up that ended up being the envy of all of his friends.

When he passed away three years ago, my mother asked me to tear it down. I did, but have never felt good about doing so. To have twenty-three years of work destroyed in a matter of hours, erased from existence, seemed like a slap in the face to my father’s memory. He put so much work into that project that having it dismantled seemed such a shame, and I never felt good about being the agent of that destruction.

I saved quite a few parts of the greenhouse, and they’ve been sitting in the back of my yard since then. So, this year I decided, in my dad’s honour, I was going to build an admittedly much smaller greenhouse in my yard, partially as a remembrance of my dad, and also because with the recent legalization of a certain “plant” in Ontario, I’m allowed now to grow up to four “plants” for my personal use. 😉

So I’ve spent the weekend gardening, and building the base of a greenhouse.

Of course, because I’m building it, I can’t just make it a standard back-yard greenhouse… I’m hoping to add some Victorian Flare to the build and make it “pretty”. I’ll post update pictures in this blog as I go.

As far as my writing goes, I did manage to keep up with my daily 1000 words per day goal, up until the weekend. I haven’t written a word since Friday, besides those in this post, but hey, I’ve been busy.

I’m going to get back on track tomorrow, though, and this week it’s going to be a big push towards the climax. Everything is just about all set up for the showdown between the protagonist and the antagonist, for the final bloody battle. I can’t wait to see how it turns out.

Damn, this thing is huge. I’m literally (HA!) going to have to cut it in half when I start editing.

I’ve kept up with my exercise routine, and with all of the work I did outside this weekend, I have been staying very active. I am still doing my best to eat healthy, and am hoping I can do better at maintaining and building on these habits.

Since the last Check-In, I’ve written another 2000 words. I kind of let things go a bit on the weekend,  but I’m going to work on getting back to writing 1000 words a day starting Monday.

I haven’t done any more editing on the draft since I submitted it for critique at my writing group.  I’m going to try and get back to my commitment not to edit it anymore until the draft is finished unless I decide to submit another piece for critique.

I’m about 80 pages in so far, and I am really enjoying it.

I’ve continued to watch/read vlogs and blogs related to the craft of writing since the last Check-In and got some great advice and encouragement from each one. They’re listed below…

Well, that’s it for me this Check-In.  Hope you’re all well.