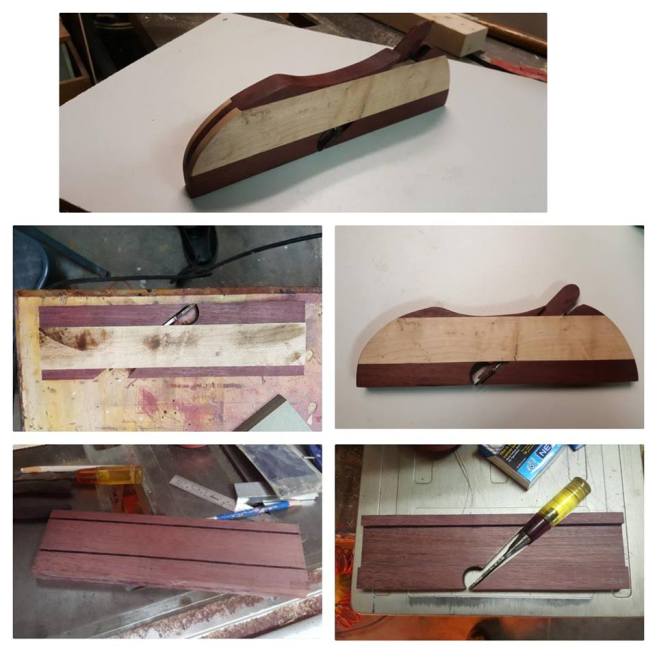 This update is even later than usual; I slacked off a bit because this was my birthday weekend, so I took a little extra time to celebrate and to deal with the inevitable blues that comes with realizing that you’re another year closer to death.

In all, it was an ok week. I did manage to pull myself out of my funk a bit after last weekend, and I did manage to crank out 1000 words per day every day since Monday, except for Saturday, which I blew off to deal with my post-birthday hangover.

I’ve gotten some work done in my shop, but the wild weather we’ve been having and the weird temperature changes have been messing with the finish on the next set of kitchen cabinet doors I’ve been working on. I think I’m just going to have to sand the lacquer off and start over on them.

Otherwise, I just puttered around the shop when I wasn’t trying to write on most days. I built a crosscut sled jig for my table saw and tried my hand at making my own hand-tools by making a shoulder-plane out of some scrap wood, and an old chisel I had lying about.

Friday was my birthday, but it was also Drunk D&D night at Villain’s Beastro, a local pub that’s a favourite of mine. So I spent my birthday trying to slay dragons. Someone told the owner of the bar that it was my birthday, so they made me wear a cape for part of the night.

Saturday, I was a bit hung over, and as I said, a bit down, so I didn’t get much done at all. I’ve managed to pull myself together a bit today, though.

As far as the writing goes, I’ve passed 120,000 words now, and have finally reached a critical point in the story.

I’m just about finished with “The Setback”, which is the point in the novel where everything seems to be going well for the protagonist, and then suddenly, everything turns to shit. It seems that all is lost, the bad guy has won, and there is no hope for our heroes. At that point, the hero is supposed to dig deep, find the reason and the strength to go on and turn the situation around. Then the story can start to build to the climax.

So, there is finally some light at the end of the tunnel. I don’t know how much longer it will take to finish the draft, but at least it’s starting to feel like some progress is being made.

Well, there’s my update for the week. Yes, I’m still at this silly writing thing.

Hope you’re all having a good weekend.